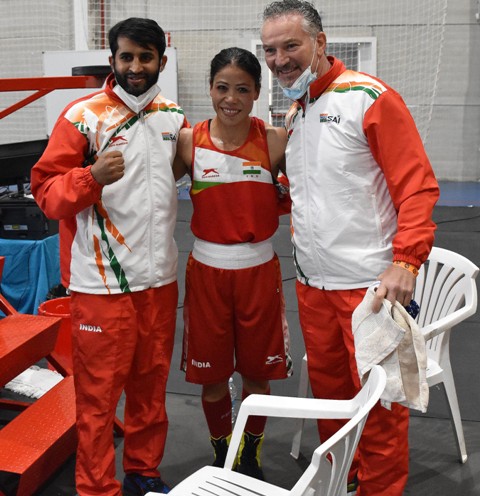 The Haryana girl Jasmine, who was scouted during an open challenge before participating at the national camp last year, showed glimpses of her skillset during her maiden bout at the senior international stage as the lanky boxer blanked silver medallist from recently-concluded Strandja Memorial Tournament Medina to advance into the semi-finals.

However, Lovlina Borogohain (69kg), who also played first tournament after a year, and Manisha Moun (57kg) could not progress into the last-four stage. While Lovlina lost 5-0 to Russia’s Saadat Dalgatova, Manisha Moun also suffered 5-0 defeat against Italy’s Irma Testa.

A 14-member Indian contingent (eight men and six women), including nine Olympic qualified and other top boxers, is taking part at the 35th edition of the tournament. Indian men pugilists will be seen in action on the third day during their quarter-finals.