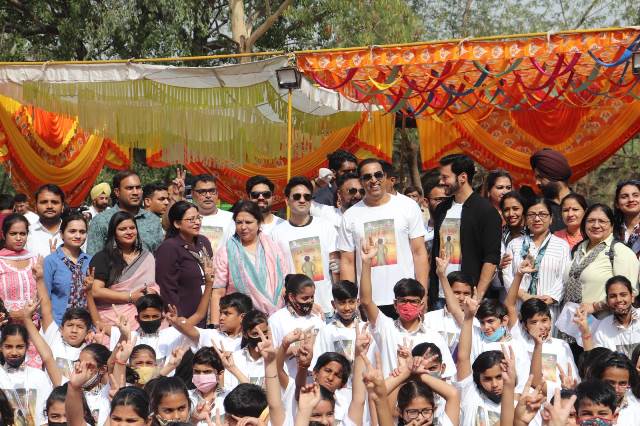 New Delhi Hindustan ab tak/Dinesh Bhardwaj : Minister Meenakshi Lekhi launched the poster of the film Bal Naren by starting the cleaning campaign of the park. People are getting confused that this is a film of Prime Minister Narendra Modi, but it is not so, this is not the story of the childhood of Prime Minister Narendra Modi, but how a child, influenced by him, runs a cleanliness campaign in the village. The film is directed by Pawan KK Nagpal.

This film has been produced with the inspiration of the Prime Minister. On this occasion, actor Rajneesh Duggal said, “I am working for the first time in a film that conveys a message, that is, a film that gives a message to the society, I enjoyed working in this film.” Bindu Dara Singh and the film’s actress Bidita Bag and co producer hunar mukut were also present along with Child actor Yogya Bhasin.