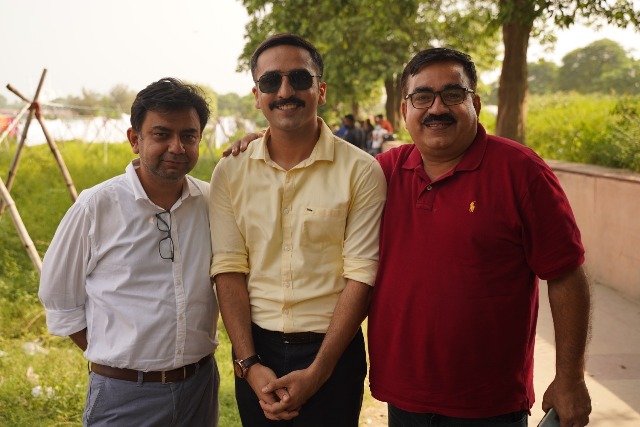 New Delhi Hindustan ab tak/Dinesh Bhardwaj : Producer of ‘Pinjra khoobsurti Ka’, a romantic serial and hit TV serials like ‘Zindagi Ki Mehak’, ‘Ghulam’, Kewal sethi is all set to make his production debut on OTT platform with his upcoming web series” Love J Action”. The web series is released in Sonu Liv and in the exclusive interview with Keval Sethi, we asked himwhy did they have to turn to OTT platform, what else is the response getting and more-
What kind of web series is ‘Love J Action’ and what do you want to say through it?
-Have you ever fallen in love with someone? Have you cheated on love? Have you faced troubles for love? The web series ‘Love J Action’ answers all these questions on its own. Actually, this web series is based on human relations, which explains the meaning of love. Through this, we are trying to tell how the youth of today looks at love and what is their attitude towards love.
-Is this also a romance genre web series like your old shows?
–No, it is not a purely romantic story, but tells the story of a life-struggle with love, ‘Love is action’. Some people believe in a close relationship between love and sex, because they think that sex is possible only with the person you love. At the same time, there are some people with such thinking who consider sex and love as a casual and one time thing.  Love J Action is a story of both love and duality play together, and this is also its specialty.
The success of a web series usually depends on its casting as well. On what basis did you choose the cast for this series?
– We had already thought that the famous or popular artist would not make a part of the web series. The idea behind this was that this character should remain the lead of the story. If an artist with a particular image was involved, then the character would be shortened in front of him. In such a situation, we preferred less popular and new artists, which we are also benefiting from. Be it Anoop Singh Dhaka or Puru Chhibber or Kavya or Prashant… everyone has given life to their character. my partner Sumeet Chaudhry & Director Saurabh Tiwari has also done excellent work  with these artists. This is the reason why the story has become the character head, not the artist head.