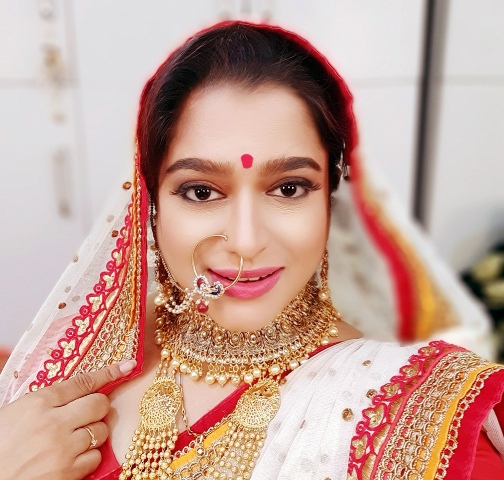 New Delhi Hindustan ab tak/Dinesh Bhardwaj : Actress and model Ekta Jain who has starred in many theatre plays and numerous multilingual drama including but not limited to Hindi, English, Gujarati and even Sanskrit just shoot for Holi special Aao Bahen Chugli Karen episode with Puja Kanwal. She played Rukmani in the episode. Ekta Jain also shot for Holi with organic colors. She asked people to only use organic colors.  Ekta Jain is known for major hit shows like Shaka Laka Boom Boom, Kahin Diya Jale Kahin Piya, and Shagun. Her ability to adapt to the roles in the various language is a rare talent that Ekta posses, perhaps its that ability of her which has garnered her 6,24,000 TikTok followers and 6.6 Million hearts in very less time. Her latest Hindi comedy horror film Khalli Balli shoot is over.