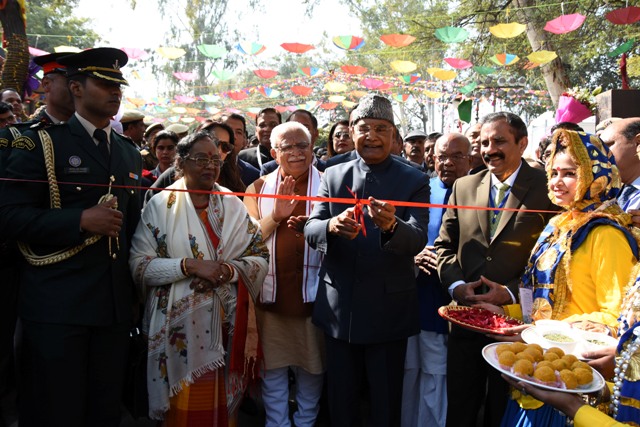 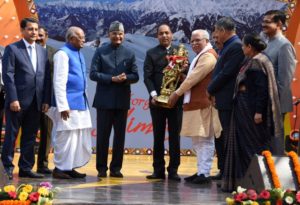 After entering from Dhanteshwari Gate, a traditional welcome was extended to the Hon’ble President of India, Haryana by Surajkund Mela Authority & Haryana Tourism.  Shri Ram Nath Kovind took a round of the Theme State Himachal Pradesh’s pavilion and the ‘Apna Ghar’. He also visited crafts huts and interacted with the craftspersons and weavers. Also, the delegation from Uzbekistan, the Partner Nation of the Mela received Shri Ram Nath Kovind and he met the foreign participants and Apna Ghar of Haryana. Following which, he headed towards the Chaupal and did the honours of lighting the lamp, after which he announced the Mela open.

Shri Vijai Vardhan, Additional Chief Secretary, Tourism, Haryana & Vice Chairman, Surajkund Mela Authority extended a hearty welcome to Hon’ble President of India and expressed gratitude towards all the present dignitaries for being a part of the Mela. He further stated that it is a matter of pride that the 34h edition of the mela is being inaugurated by the Hon’ble President of India. He expressed his gratitude to Shri Manohar Lal, Hon’ble Chief Minister, Haryana and for his able leadership for helping Surajkund mela attain the status it has today. He further stated that Uzbekistan and India share ties since ancient times and this mela will bring alive the age-old bond. 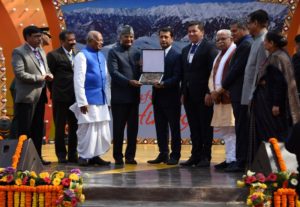 Mr. Farhod Arziev, Ambassador Extraordinary and Plenipotentiary of the Republic of Uzbekistan Embassy thanked government of Haryana and Haryana Tourism for giving them the opportunity to be a part of this grand celebration. He also stated that over 100 craftspersons and many cultural troupes have come to participate in the mela and will bring the true colours of Uzbekistan to the people of India.

Shri Jai Ram Thakur, Hon’ble Chief Minister, Himachal Pradesh stated that Surajkund Mela is a great manifestation of how this platform provides opportunities to craftspersons in a friendly environment and a beautiful ambience. He also invited all the people to come visit the enchanting state of Himachal Pradesh.

Shri Manohar Lal, Hon’ble Chief Minister, Haryana addressed the gathering and pointed out that the Mela gives a glimpse of India’s civilization and culture. He welcomed all the artisans and stated that the artisans and craftspersons are the soul of this mela. Both Himachal Pradesh and Uzbekistan have spread the colours of their culture with their handicrafts and art.

The Hon’ble President of India, Shri Ram Nath Kovind appreciated and applauded the efforts to preserve the languishing crafts of our country through this grand mela.  Surajkund Mela is an opportunity for all artisans to take full advantage and showcase our hidden glory and that the mela is a confluence of art, Music and Culture from across the world.

The object of this Mela is to promote handicrafts, arts and the culture of the country and that this Mela has promoted rural crafts.  Because of this Mela, new generation gets to know about country’s heritage. 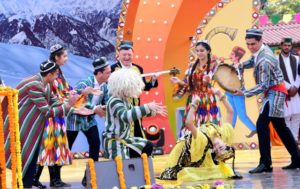 He further stated that the idea of having a theme state lends uniqueness to the mela and festivals bring visitors from across India as well as abroad. He highly praised the facilities provide in the mela premise, including security, cleanliness, digital payments and online booking facilities for the visitors.

He expressed happiness about the fact that Uzbekistan as Partner Nation has got its contingent of artisans, master chefs and artistes and there is an overwhelming participation of craftspersons from Central Asia, SAARC nations and many other countries. He  also commended the efforts of Surajkund Crafts Mela Authority and Haryana Tourism for organising an event of this level. 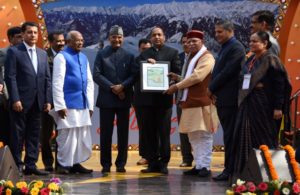 The inauguration ceremony of the Mela also saw enthralling performances by Himachali troupe who performed the Himachali Nati called Mala Nritya and the artists from Uzbekistan enthralled the audience with the traditional Lazgi Dance.