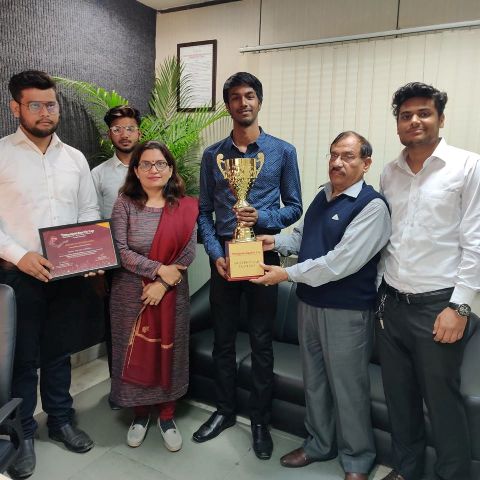 The competition had received 279 proposals from 140 institutions, over 16 states. Out of top shortlisted 35 teams, two teams “The Exterminators” with Project Smart Grid for intelligent power use and “The Eco Warriors” with project ‘The Plastic Salvager’ from Manav Rachna had participated in the competition. 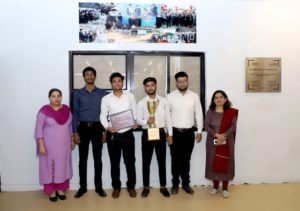 The team “Eco Warriors” comprising Rahul Soni, Parvez Hasan, Iqbal Alam and Aravind L won the Most Popular Team award at the coveted competition. Their project ‘plastic salvager’ is a machine which has been designed using factory automation products such as Servo Motors, Programmable Logic Controllers, Human Machine Interface and different types of sensors and IOT which would make disposables out of single use waste plastic.

The innovative idea of the project was highly appreciated by the judges and the visitors coming to the event.