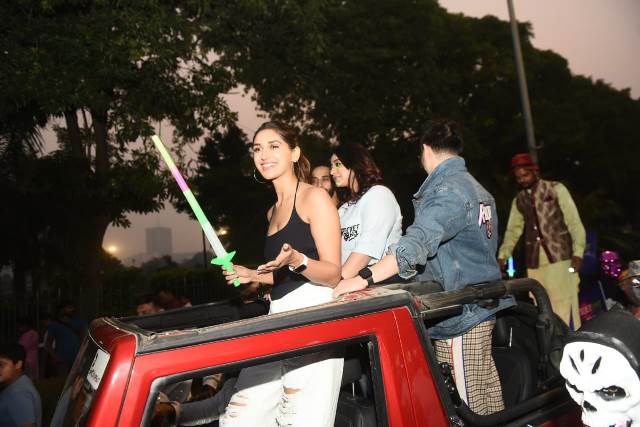 Bosco Leslie Martis-directed Rocket Gang is almost out and the makers are indeed at their creative best.
After giving a treat to the children in Chandigarh, the cool gang arrived in Delhi to carry out another promotional activity. The cast visited three schools in Delhi within two days and treated the children with one after other thrilling performances. The gang then joined the popular ghost parade at Connaught place for a fun-filled experience. They also made a tour to Delhi’s Bangla Sahab Gurudwara, Connaught Place to indulge in the tranquillity of the same and take blessings for the success of their film. 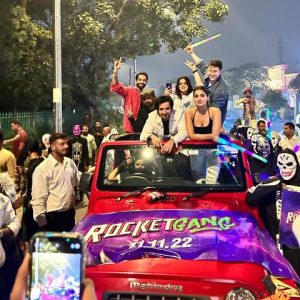 The makers of the film covered another city with their unique promotions and the fans are now awaiting the release of this high-on-energy dance film!

Ace choreographer and dancer Bosco Leslie Martis’ directorial debut ‘Rocket Gang’ produced by Zee Studio is a Dance Horror-Comedy Drama starring Aditya Seal in the lead along with Nikita Dutta and the most adorable and talented child artists from a variety of popular dance reality shows.

The film looks absolutely fun-filled and interesting and is a one-of-a-kind genre. The fresh narrative and storyline involve Horror, dance and Comedy. Rocket Gang hits theatres on November 11, 2022, and is the perfect treat for children’s day.