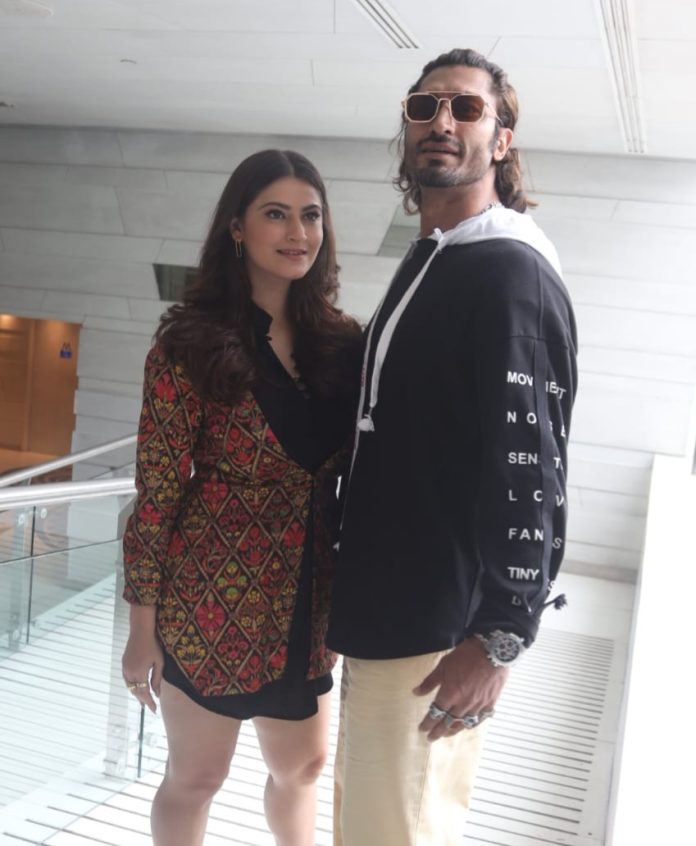 New Delhi Hindustan ab tak/Dinesh Bhardwaj :
New Age Action Hero Vidyut Jammwal and Actress Shivaleeka Oberoi came to delhi for their sequal movie Khuda Haafiz Chapter 2. The event was held at Le Meridien Hotel, Connaught Place. The film is scheduled to be released theatrically on 8 July 2022.
Khuda Haafiz Chapter 2 is an Action thriller and emotional movie written by  Faruk Kabir and produced by kumar Mangat Pathak. It is a second movie of Vidyut and Shivaleeka together as Khuda Haafiz Part first is based on True incident story, and second part is comneting sequal Vidyut said “ he came know that story is not ended there so he came up with second part”. He also added that story is about a common man that when it’s come to his child till where he can go or what he can do to save his child. Shivaleeka also shared that playing Nargis character is very emotional and physically challenging and Every women can relate to the character of Nargis. The promotion end by saying they were very happy and excited that khuda Haafiz Chapter 2 is releasing in threaters.