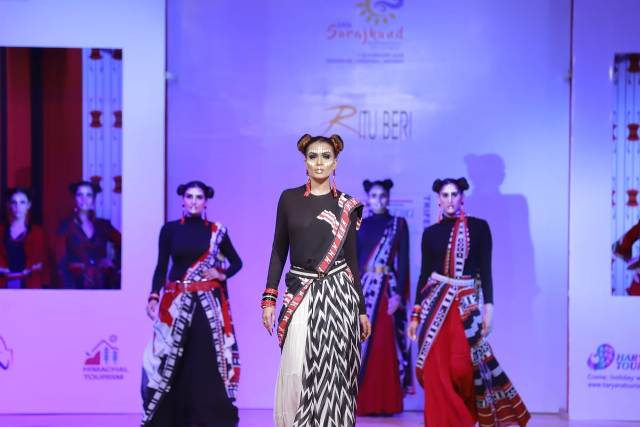 Ritu Beri has made impressive fashion statements with her creations across the world and Surajkund Mela was another platform where she left an indelible impression. The amphitheatre was jam packed with enthusiastic audience keen to catch the famous designer’s creations. Not only the visitors but the event was graced by many esteemed guests and dignitaries who visited the mela.

The naga narrative celebrated the state of Nagaland and its vibrant tribal culture. The fashion show began with a captivating and rhythmic Naga traditional dance that set the tone for what was to follow. 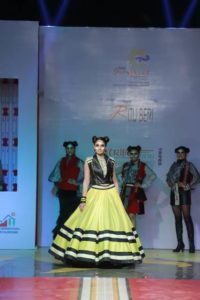 Ritu Beri unboxed her imagination with finesse at the event and gave a whole new meaning to the tribal culture from the North East of India. As the models sashayed down the ramp, the audience could not help but be mesmerised with the couture designs by the ace designer. The dresses and attires were an inspiration from the tribal Naga cultures, where colours, patterns and fabrics came alive with the tribal spirit.

She showed how tribal art can be used to create pieces of sheer artistic excellence from fabrics of different shades, colours and texture. Her innovative designs and the spunk strewn across the designs received much appreciation from the audience.

The show doesn’t end here; Ritu Beri will scorch the ramp with another of her conceptual fashion show inspired by the life and culture of Himachal Pradesh on the 9th of February 2020 titled the unforgettable Himachal.